Lith has a new story, and Lithier has a new trick!

Hey hey, happy Friday! Today I've got a few not-quite-MVOL things to tell you all about. For one, after a long time I've posted up Part 6 of an old story series of mine featuring Lith, called Climbing Corporate. If you've been wanting to know more about Lith, I have three big series featuring him in my archives on FurAffinity and SoFurry, including some of the background he talks about in the game. If you're curious, today's addition is actually the latest point we've seen so far in Lith's timeline.

Beyond that, I'm kicking off something new today: "Tag It" Stories! They're kind of an experimental new approach to commissions, but for the very first one I'm taking votes from the community at large on what to write about, so hop on over to one of my journals on SoFurry or FurAffinity to try and get your interests added to my next story!

For those wondering about MVOL, I'm still working on modifying Lith's appearance while waiting on my coding friend. I've hit a dry spell recently, but hopefully between this new story style and something else I've got brewing up, I'll be getting back into writing at full tilt soon! Fingers crossed, everyone! :3
Posted by Lithier at 7:52 PM No comments:

Hey, folks! I've been holding out for good news along the "hey, it's coming out" lines, but we've hit delays with the data reporting system as my coding-savvy friend has been swamped with academic obligations. In the meantime I've been taking a stab at the new art for Lith, and I think I've reached a point at which I'm not completely ashamed to show what I have! 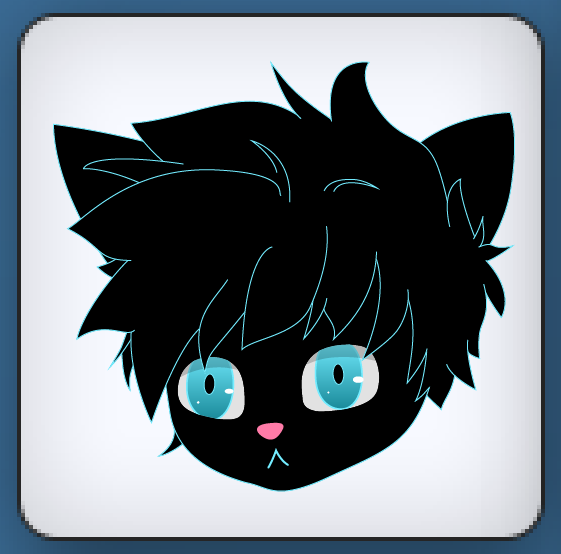 A little bit of tracing and a lot of fidgeting around has gotten me to this point. Not leagues beyond the current placeholder, but I think it'll be an improvement. I'm hoping to experiment with highlights and crazy nonsense like that too! Of course, this image is going to usually be much smaller when you're playing, so I'm trying not to worry too much about every tiny detail, but one of my goals here is to more or less define Lith's "official" look at long last @.@;

It's been an interesting process trying to emulate what I see in other artwork to make the best picture of Lith that I can. If any of you have suggestions on how to improve this or what leaps out at you as glaringly ugly, shoot me a comment! It still feels awfully off, but it's hard putting my finger on what x3 Also, with this development, I think we can bump things up to 80%!


I have a fair deal of the writing for v0.16 done, though my awesome new writing schedule fell through for a few weeks when I decided it was time to hate myself and everything I've ever done for a while again. Trying to get back on the horse! But right now I'm trying to push this graphical improvement into the game and prod my friend into finishing his portion so we can finally get v0.15 out to all of you. Hope I have more for you soon!
Posted by Lithier at 9:05 PM 6 comments: